Tisha is what many would call a “serial” entrepreneur. She first became one in 2004 after launching Simply Put Marketing, opened her second business Details Event Management in 2009, and then a third, The Mom-e Club in 2010.

In 2016, she took a leap of faith to solely focus on her passion and created Tisha Marie Enterprises, LL C, a business that inspires other aspiring entrepreneurs and startups through various programs, events and speaking engagements. She is also an author, inspirational speaker, mentor, and facilitator having led over 300 meetings, and has designed, planned and funded her own successful annual, national events. She never stops challenging herself to new heights.

A graduate of the Walter Cronkite School of Communications at Arizona State University (Go Sun Devils!) in broadcast journalism with an emphasis in business and marketing, Tisha can often be found back on ASU’s campus mentoring and speaking to the next generation of entrepreneurs.

Tisha is no stranger to being in the media spotlight. She has made several appearances on local and national television and radio shows, podcasts, and has been featured in a multitude of print and online news articles. But, the biggest reward she gets is when her clients and colleagues receive the recognition they deserve and knowing she had a hand in their success. Her pay-it-forward mentality, reputation and integrity are the very traits that set Tisha apart from so many other entrepreneurs you’ll ever meet.

When she’s not helping others achieve their dreams and take massive action on their passion, Tisha spends time with her husband Sean, son Caleb, daughter Ellie, and pups Sparky and Felix in their Gilbert, Arizona home.

” Do not go where the path may lead, go instead where there is no path and leave a trail.”

Connect with Tisha here or schedule a complimentary 30-minute Business Strategy Session by clicking on the link below. 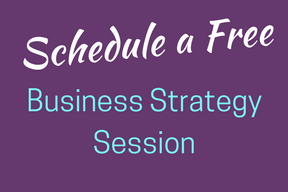